First in a series on environmental justice issues.

The scent of exhaust fumes fill the air on a mid-January afternoon. Cars, trucks and buses zip back and forth from downtown Buffalo on the Kensington Expressway, also known as the Martin Luther King Jr. Expressway.

This section of Route 33 was built in the early ’60s, wiping out a tree-lined parkway designed by Frederick Law Olmsted.  Today, the sunken, six-lane expressway cuts straight through an African-American community.

“It was like they were building the Erie Canal that’s what it reminded you of this big elongated ditch,” said 67-year-old Al Thompson, who lives nearby.

He remembers playing football with friends on the Humboldt Parkway’s wide median strip. He also remembers when the parkway was destroyed. 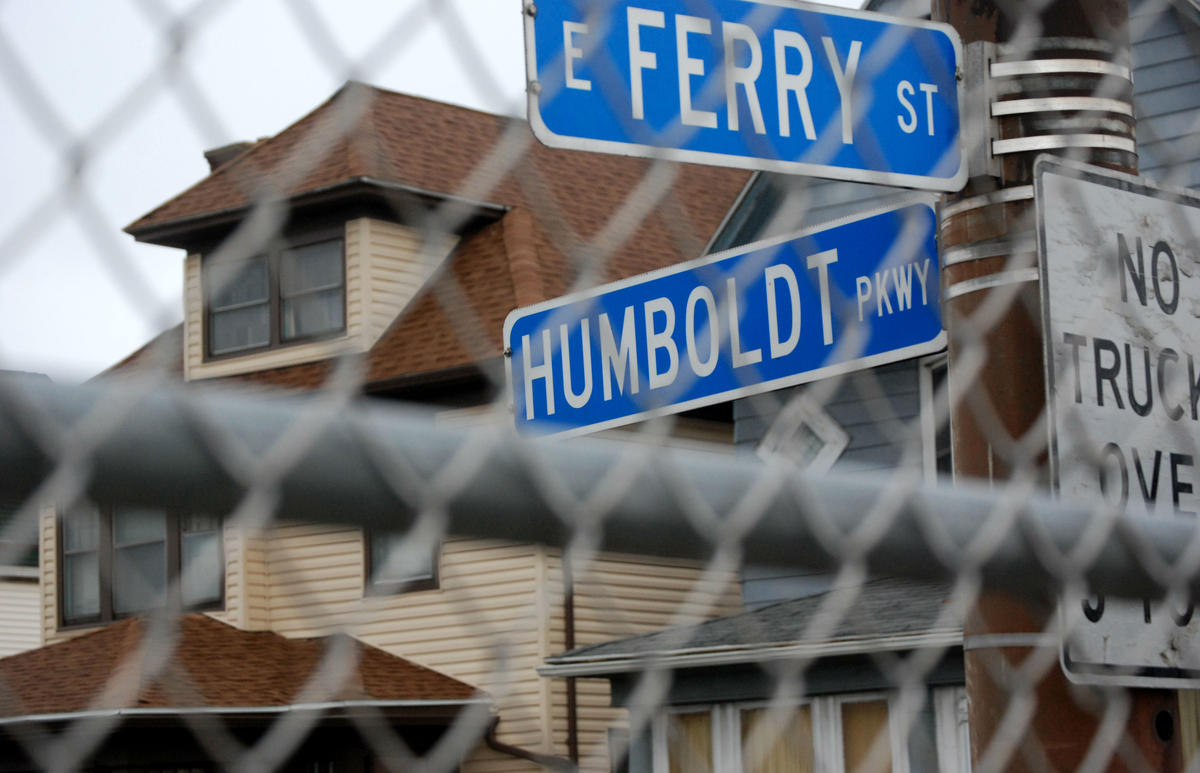 Thompson describes the expressway as a road built so that whites working downtown could quickly get to and from their suburban homes.

“You would look down on to the expressway and you can see into the cars, from the bridges going across,” he said. “It’s all white folks. During the rush hours leaving town.”

Thompson and others see the expressway as a symbol of redlining. That federal policy guided home loans for years after World War II. Experts say it led to racially segregated city neighborhoods and mostly white suburbs.

“Now, it wasn’t until later when I got to be a bit more academically astute, that I understood how sinister the aspect of redlining was. And in my mind, that 33 is the Redline Express,” Thompson said.

“They planned the design and construction of the 33, really before the African American population got there. So they had not yet started construction until the 1960s,” he said.  “So whites knew that the highway was coming through and they started to sell their houses to blacks.”

Highways were put in areas where there were fewer single-family houses, and more industry, he said. Lower income workers, blacks and Latinos typically lived in these areas.

Julian Marshall is a University of Washington professor and co-author of a report on one of those pollutants: nitrogen dioxide. It’s emitted from vehicles, and can contribute to asthma. 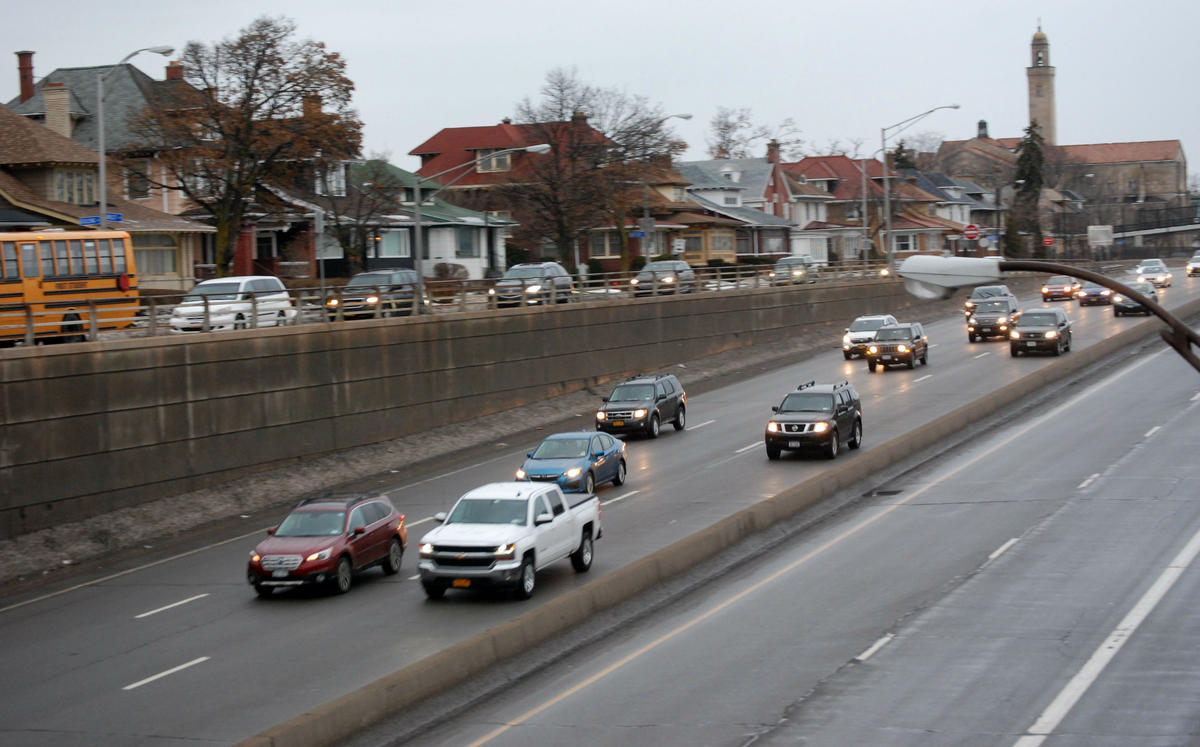 by ANGELICA A. MORRISON / Morning traffic rush on an expressway lined with residential properties, Buffalo NY.

The report showed that, across the nation, minorities face a much higher exposure than whites.

“There’s this enormous historic lag, to where people are and where pollution is,” Marshall said. “The forces from 50 years ago are still alive today. If we built a highway, that highway will very likely still exist.”

Experts have some ideas for reducing these disparities.

“So right now part of the problem with the 33 and the thousands upon thousands of cars, no green infrastructure,” Taylor said.

Thompson has some ideas, too.

He has a form of leukemia that some studies suggest is linked to vehicle emissions. The disease is in remission, and he spends much of his free time working with a group called Restore Our Community Coalition.

It aims to raise money to cover part of Route 33 and restore the lush, green Humboldt Parkway. Thompson thinks that could address old wounds from redlining.

“It will go a long, long way to the healing of some of the ills that plagued us,” he said.  “And it will be a physical example for all to see that ‘yes we were wrong we made a mistake,’ but we made it right… now.”