What remains today of Buffalo’s Humboldt Parkway is an ordinary stretch of sidewalks and city streets, divided by the Kensington Expressway. Decades ago, it was a tree-lined parkway connecting major parks of the Olmsted system. On Saturday, a community coalition once again led the charge to restore the parkway design.

The Restore Our Community Coalition organized a march along Humboldt Parkway to the Buffalo Museum of Science to spread awareness of the desire to see the parkway restored. Executive Director Karen Stanley Fleming says their message was that it’s time for a change. 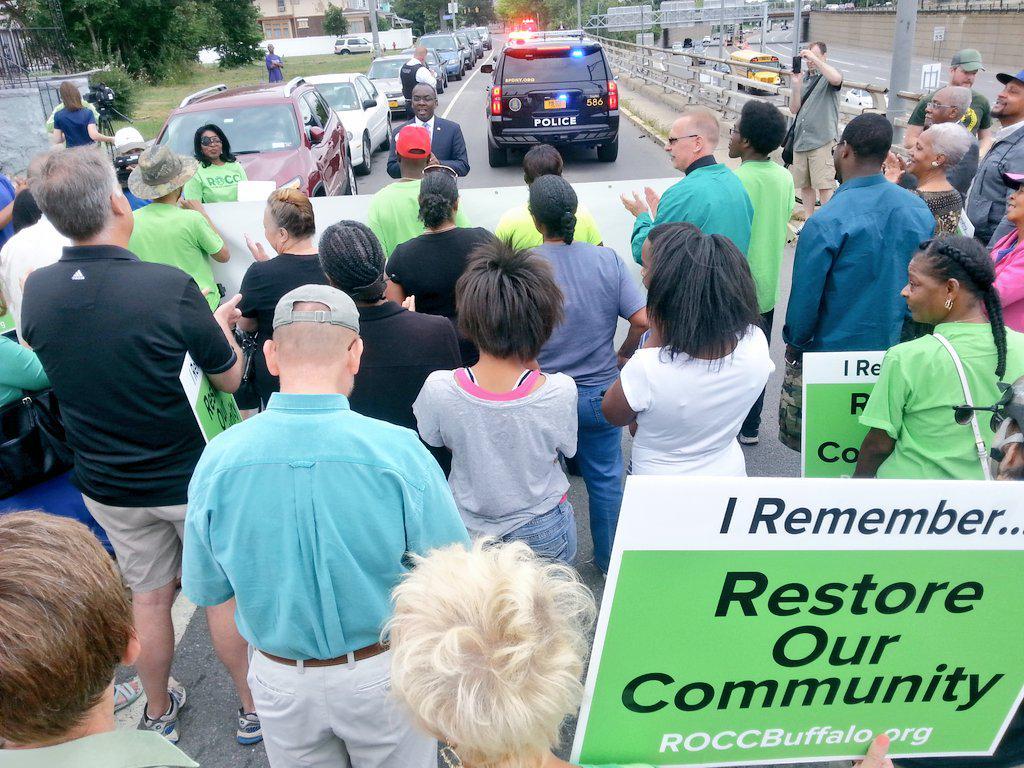 “The group acknowledged that the construction of the Kensington brought economic and environmental devastation to the Hamlin Park and Martin Luther King Park communities,” said Fleming. “But we want to move on from that devastation and move to a place of restoration.”

Fleming says money has been set aside with the department of transportation for half a decade, and within that time two different feasibility studies have been conducted by the University at Buffalo. One illustrates the design of a deck above the Kensington Expressway, turning a stretch of it into a tunnel with the parkway above. The other looks at the economic value.

“We really look at it as an investment, and the return on the investment could be over 900 jobs on such a construction project, and also increasing the property values, and therefore the personal wealth of home owners all along Humboldt Parkway,” said Fleming. “But also spreading and eliminating the blight all the way over to Fillmore on the east and over to Jefferson on the west of Humboldt.”

According to the Coalition, that there are 21 other cities in the U.S. where parks have been built over expressways to reconnect communities and build green gathering spaces.

If the deck is going to happen, Fleming says it’s got to be a federal-level project. That’s why the coalition has gathered support from city, county, and state legislators, in hopes of catching the eye of federal officials like Senator Charles Schumer.

The coalition hopes to get federal attention before the year is over, but recognizes that any large-scale progress could still be years away. Fleming says the movement is by no means in its beginning stages, noting that community activists and residents have been advocating for the change since the 1970s.