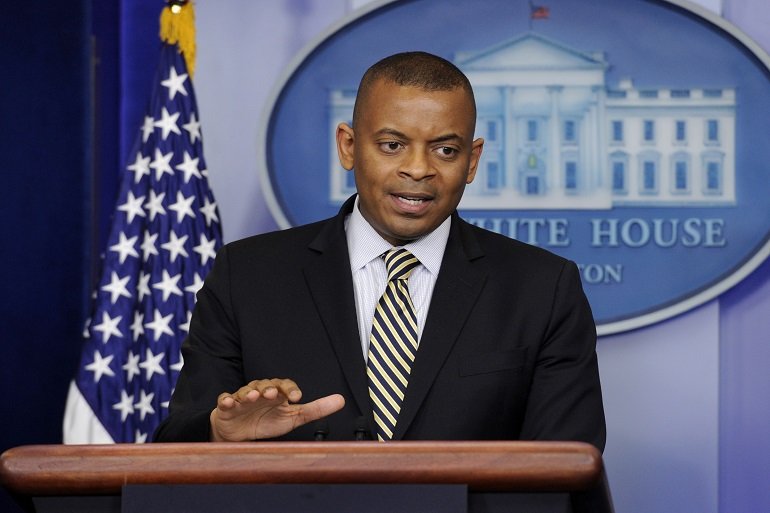 U.S. Transportation Secretary Anthony Foxx, a former mayor of Charlotte, N.C., has plenty left to do in the Obama administration’s final year. His agency is pushing cities to improve bicycle and pedestrian safety, hosting a “Smart City” competition to showcase how technology can improve transportation, and doling out money from a new five-year, $305 billion federal transportation package.

But in recent weeks, Foxx added two more items that resonate with him personally to his packed agenda. First, he wants to tear down — or at least improve — transportation infrastructure that isolates communities. Second, he wants to find a way for cities to get federal transportation money directly, rather than have it flow almost exclusively through states.

If successful, Foxx would reverse decades of policy. Doing that by next January seems implausible, but he can at least plant the seeds for long-term change.

Every community, he told mayors and transportation experts at the annual Transportation Research Board conference earlier this month, has examples of infrastructure that divided communities when they were built.

“We built highways and railways and airports that literally carved up communities, leaving bulldozed homes, broken dreams and in fact sapping many families of the one asset they had: their home,” he said.

Foxx experienced the problem firsthand growing up in his grandparents’ house in Charlotte. He saw a fence two blocks away from his backyard for Interstate 85, and when he walked out of their house and turned right, he saw Interstate 77.

“Had I been born 10 years before, where those fences were would have been through streets with houses and people. My neighborhood had one way in and one way out, and that was a choice,” said Foxx.

While he moved on from that neighborhood, that sort of infrastructure dividing line trapped many people like him. Having neighborhoods so isolated, said the secretary, not only discourages good housing, grocery stores, pharmacies and other services from coming into those areas, it also makes it harder for residents to get to their jobs. Foxx pointed to the story of James Robertson, a Detroit resident who walked 21 miles a day to get to work and back because the area’s public transportation is so poor. Foxx last year directed more than $25 million in federal funding to help the Motor City improve its transit.

Several U.S. cities — with the help of the U.S. Department of Transportation — have already either torn down above-ground stretches of highways or are studying that possibility. The idea has gained appeal as local governments and transportation planners promote “complete streets” that accommodate a variety of uses and are particularly friendly for cyclists and pedestrians — not just cars. One of the most widely cited examples is San Francisco’s decision to tear down its Embarcadero Freeway that was damaged in the 1989 earthquake. The removal of the highway reconnected the city to its waterfront and spurred development.

But getting rid of existing highways is rarely easy. Building a tunnel can cost hundreds of millions of dollars, while converting existing freeways into slower-moving boulevards can increase traffic and congestion.

When talking to the U.S. Conference of Mayors earlier this month, he added another task based on his personal experience: dedicating more federal transportation money for cities instead of states.

“I was a mayor too,” he said, referring to his tenure as the head of North Carolina’s biggest city. “I saw a lot of money come into our state … and I watched it go around like a pinball. By the time it got back to me, it was a very small fraction of what it had been.”

Foxx called for an overhaul of the way the federal government doles out transportation money. He said the current system, which distributes money primarily through states, “prevents local governments from being able to effectively address some of the most important issues facing their communities.”

He also argued that money should be distributed based on current demand for services, not by predetermined formulas. The federal government spends 80 percent of its money on roads and highways, yet demand is shifting — especially among younger Americans — to car-sharing, transit, bicycling and walking.

Cities have long complained about how they get federal funding yet have made little headway. The five-year transportation funding package that Congress passed last year made small changes to give metropolitan areas more say in how the money is spent, but 93 percent of federal transportation money will still flow through the states. Foxx said his department would work over the next year to come up with an alternative way of deciding how that money should be distributed and spent.

Jim Tymon, the director of policy and management at the American Association of State Highway and Transportation Officials, said any changes aren’t likely to occur until the current five-year transportation package expires. He also downplayed the tension between state transportation departments and local governments. “There are unmet transportation needs at all levels of governments,” said Tymon. “State DOTs would say the same thing; they would love more federal transportation money.”

Money, however, is hard to come by in the transportation world. Congress didn’t include much new money in its recent funding package, and with the federal gas tax stuck at the same per-gallon rate since 1993, the revenue it generates for roads and other transportation needs has lost its buying power over the years.