Previous Next
See and Hear the Stories

Words from the Community

Various Buffalo residents and business leaders sound off on the importance of a neighborhood parkway.

Special thanks to Daniel Cadzow for these lovely photos of Humboldt Parkway (c. 1920s) 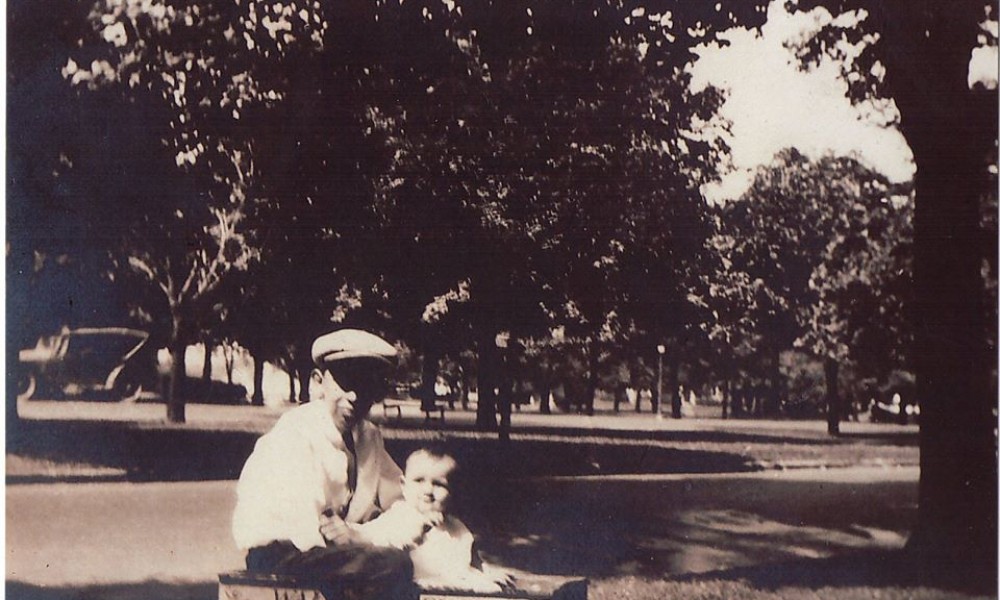 We also accept essays and columns from our supporters!

Claire Castiglia of Canisius College shared with us her own views on Humboldt Parkway and the Kensington Expressway after attending our Humboldt Harvest in November.

Prior to coming to school in Buffalo, NY I hadn’t spent much time in the city. I truly hadn’t known too much about the city aside from the intense love for sports teams like the Bills or the correct way to eat wings. But that changed after spending my time here over my first year and a half of college. Even to the ordinary person the setup of humboldt parkway is strange. The highway is strange, the speed limit is strange, and the placement of houses along the highway is strange. Attending the ROCC Humboldt Harvest Celebration taught me a lot about the people from that area and why it looks so strange. The placement of the kensington expressway devastated an entire neighborhood and harshly affected the lives of the people who were living there. The highway rerouted traffic away from local business, bisected historic streets and neighborhoods, and caused unwanted pollution and noise for residents of the area. This expressway destroyed one of Buffalo’s largest parks, Hamlin park. It was saddening to hear of the tragedy faced by residents of Humboldt parkway at the harvest celebration. One kind woman informed me of the health concerns caused by the excess pollution. She told me that many people suffer from cancer, and that the leaves on the trees are dying due to this expressway. I cannot imagine my neighborhood being destroyed by an expressway. Personally, I would way rather raise children near a beautiful park rather than a dangerous highway. This expressway depressed property values and destroyed homes. It is sad that the city has shown that it values the automobile over the human being. I can only hope that we can work together to restore this community to the once flourishing, beautiful neighborhood that it used to be.

America loves its highways. Everywhere we look in a city we are bombarded by cars flying by, trying to get to the destination as quickly as possible. Americans love convenience. Whether it be our fast food, cell phones, or access to freeways we love being able to knock things off of our to do lists as easily as possible. It is this mindset that causes neighborhoods like Humboldt parkway to be destroyed by freeways. And this is not the only area affected, this kind of thing happens all over America, proving that we value the automobile over the human. We can only hope to reclaim our cities as a safe and comfortable place to live. We need to find solutions to these highways that allow for humans to transport themselves easily without tearing apart neighborhoods.
Beginning with the 1956 Federal Highway Bill that allowed for over 41,000 miles of interstate fast travel, cities began placing highways wherever most convenient, sometimes decimating homes and historic communities. Urban freeways displaced communities and created air and noise pollution in downtown areas. These highways made it easier for suburban commuters to quickly get home after work, making suburban life more convenient. This could cause people to move out of the cities and get a suburban home, only contributing to suburban sprawl. These highways also cause traffic to bypass local business, causing, in some cases, business failure. These highways cause a reliance on the automobile, making the cities less safe for pedestrians and cause more pollution. They create many urban problems, they are highly detrimental the the urban fabric; creating physical and psychological rifts that are very hard to bridge. Cities all over America are affected by this reliance on the automobile and heavy freeway presence. So, what is the solution? How can we insure quick travel while still allowing for prosperous communities? Some suggest that we tear down freeways and replace then with boulevards and neighborhoods. In Birmingham, for example planners want to see sections of I-20/59 replaced. Many people in Buffalo, NY want to see the city’s Skyway torn down, and the Austin, Texas, city government has supported a resolution to submerge parts of I-35 and reconnect portions of city. Many urban cities are considering this try of solution in order to restore natural flow of urban life. Some cities have already completed freeway teardowns. Boston, for instance, got rid of sections of I-93 as part of the Big Dig, putting parts of the freeway underground and creating more than 45 parks and public plazas.
If we are to consider tearing down freeways and creating more community friendly means of city travel, there are many positive aspects involved. This would create many jobs and allow for more traffic around local business, it would allow for bisected communities that now suffer from poverty to flourish again, and it would create a safer and more comfortable living space for our urban dwellers. Highway teardowns would allow for humans to reclaim their cities from the automobile once again.
Some may argue that this is a costly project that would only increase traffic and cause longer travel time for people commuting to work. But overall, the benefits truly outweigh the costs. Tearing down highways can allow for economic prosperity in struggling areas. Many homes see the diminishing of property values of homes near highways, causing those neighborhoods to struggle financially. These people deserve to live in a prospering urban environment, and these highways are doing nothing but restrict that.
If we truly want to restore our urban communities we need to find a way to combat highways and automobile dependence. Maybe we could consider highway teardown, or building parks over the submerged sections of the highway to reconnect the bisected neighborhoods. Either way, we need to find a solution to this issue. People are getting sick and struggling due to these highways and it is time that America puts its citizens first.

Special thanks to Jason Howe for sharing these historic photos of the neighborhoods in and surrounding the Fruit Belt! 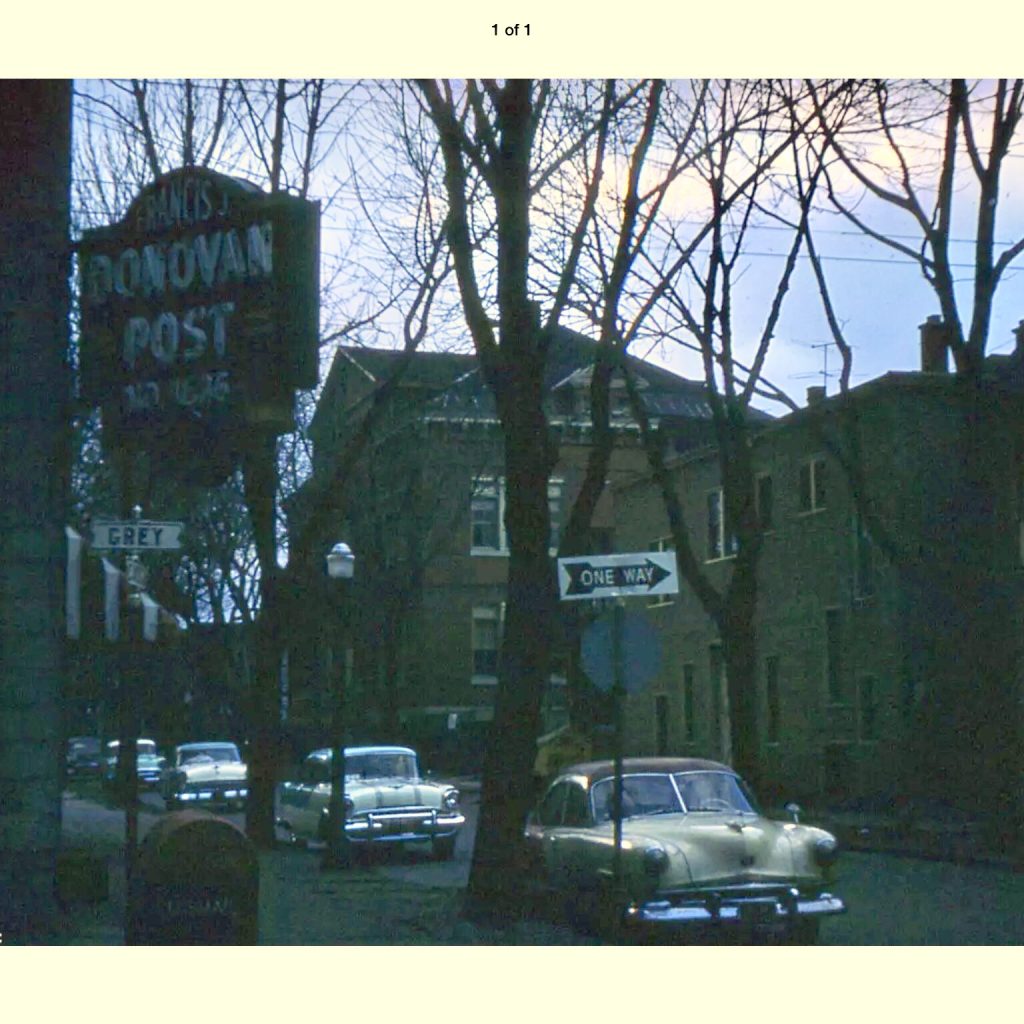 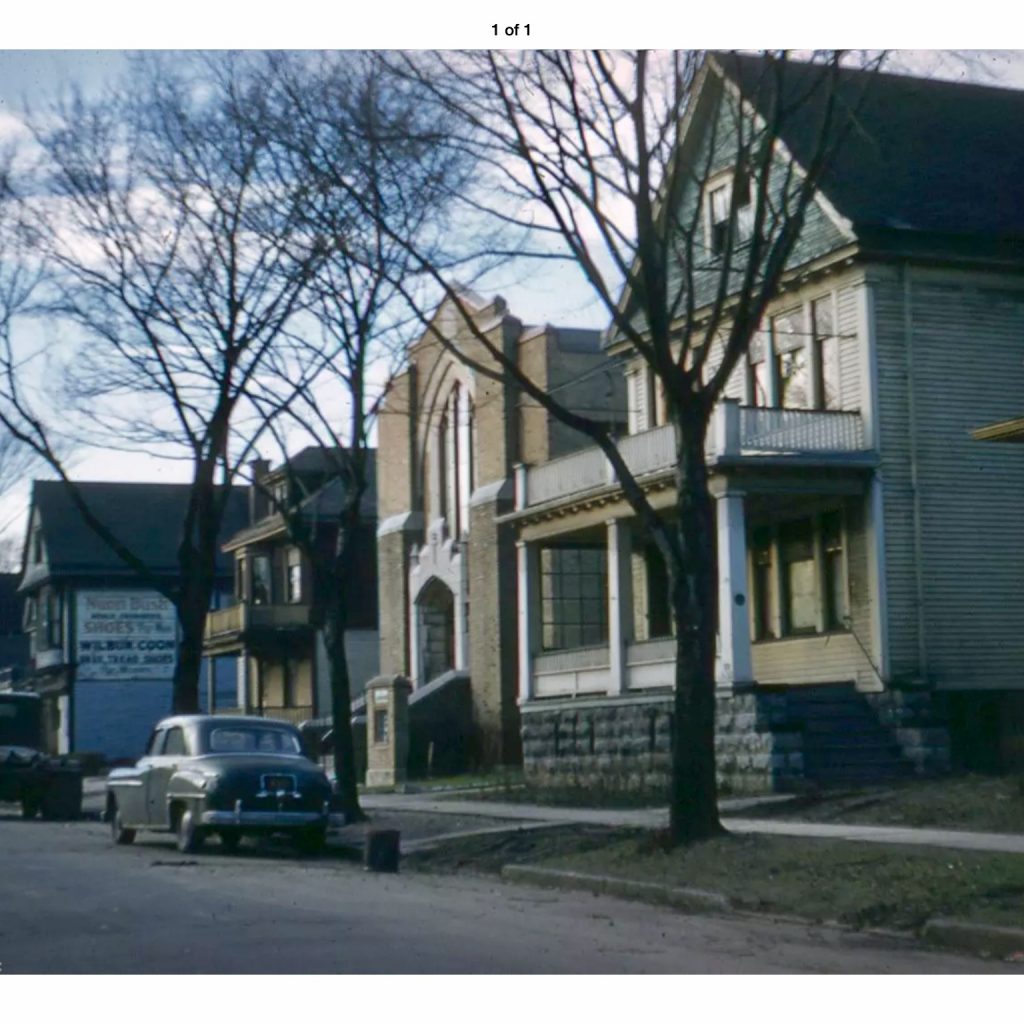 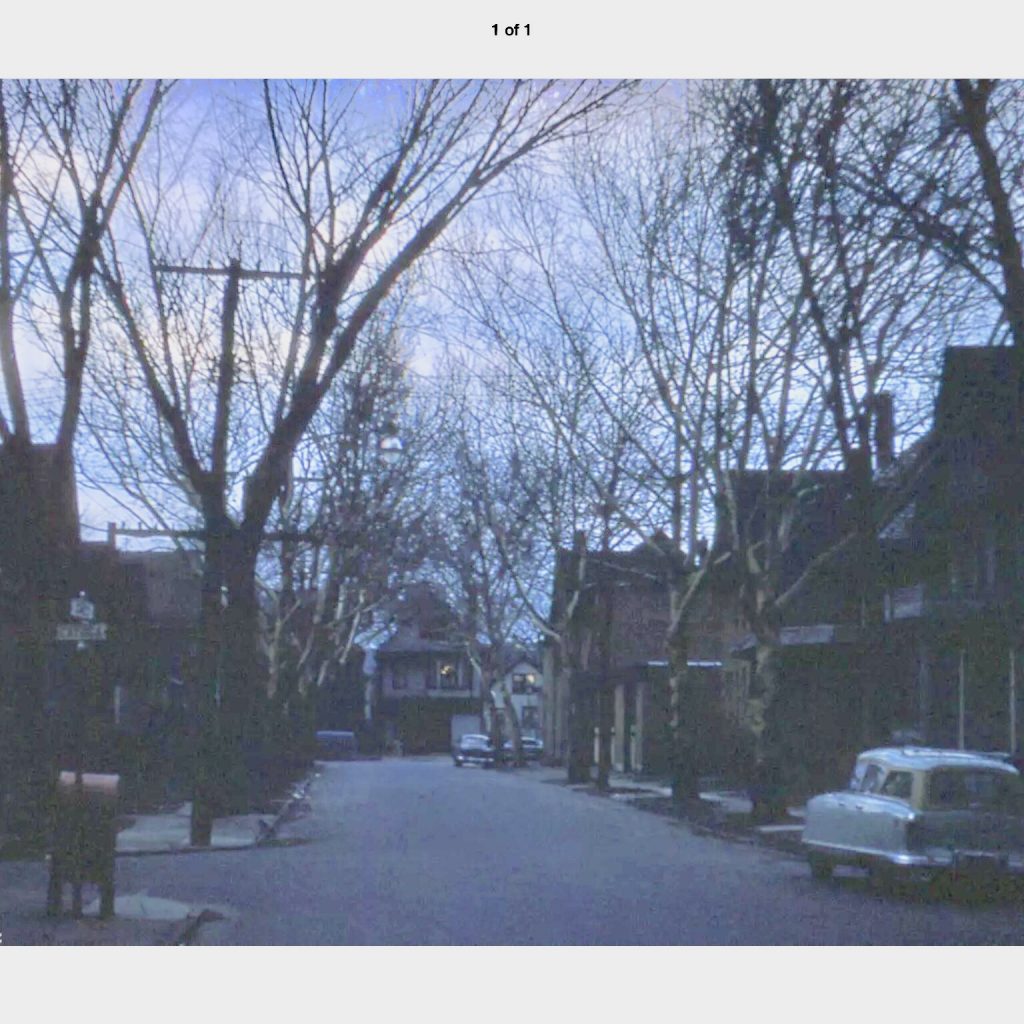 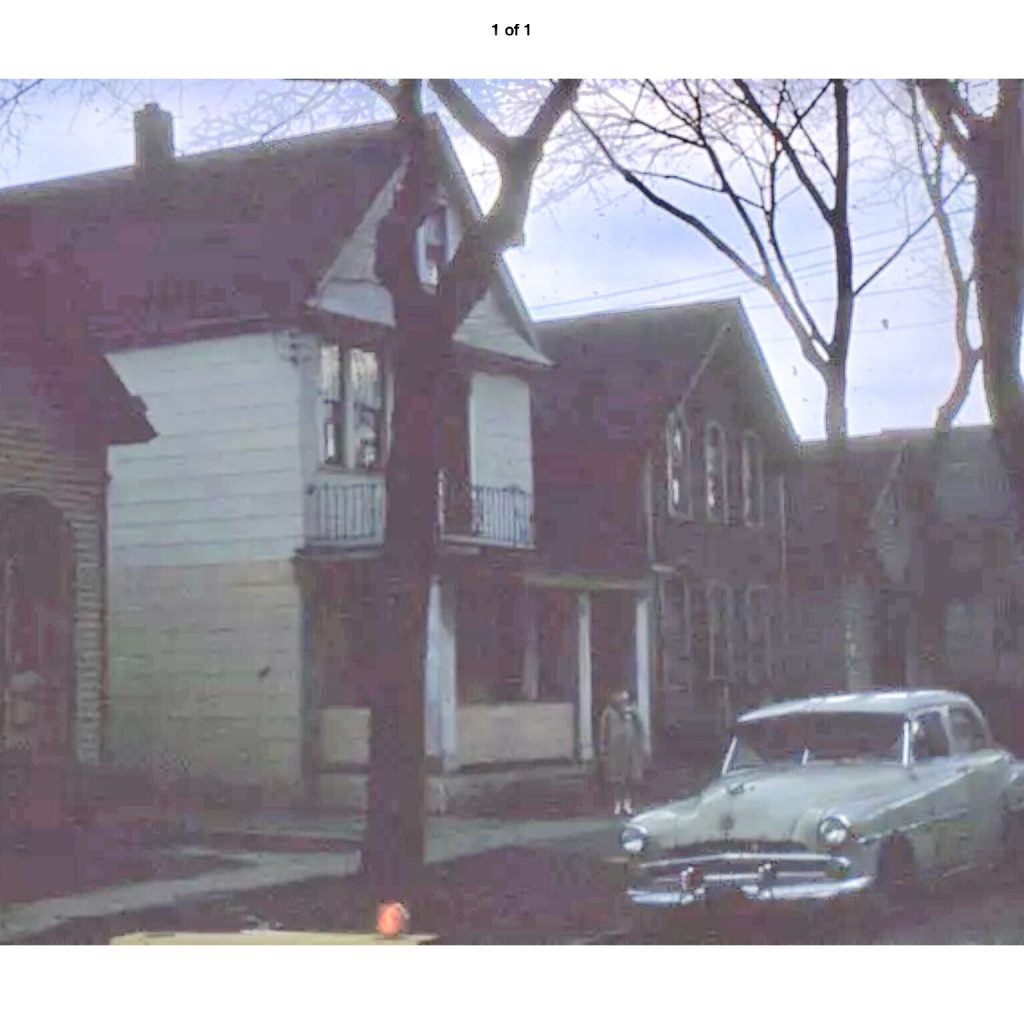 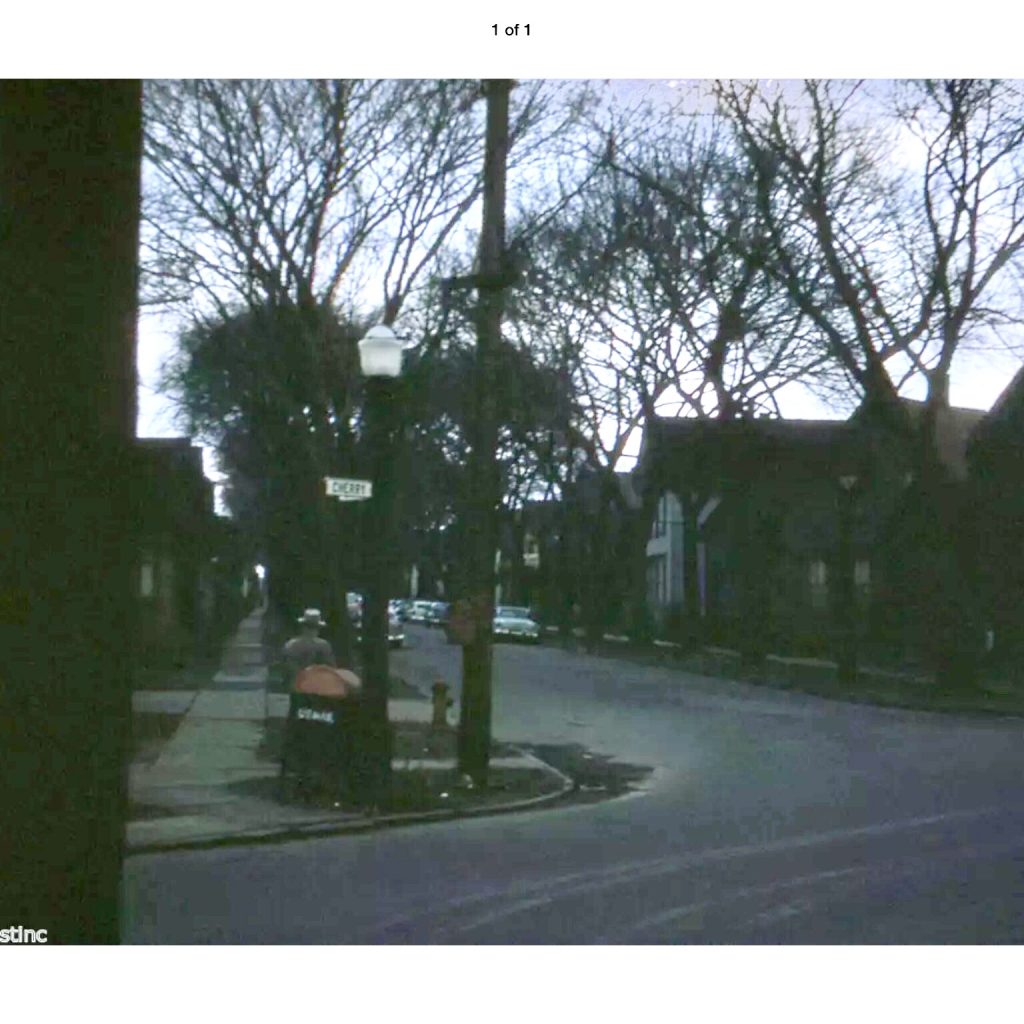 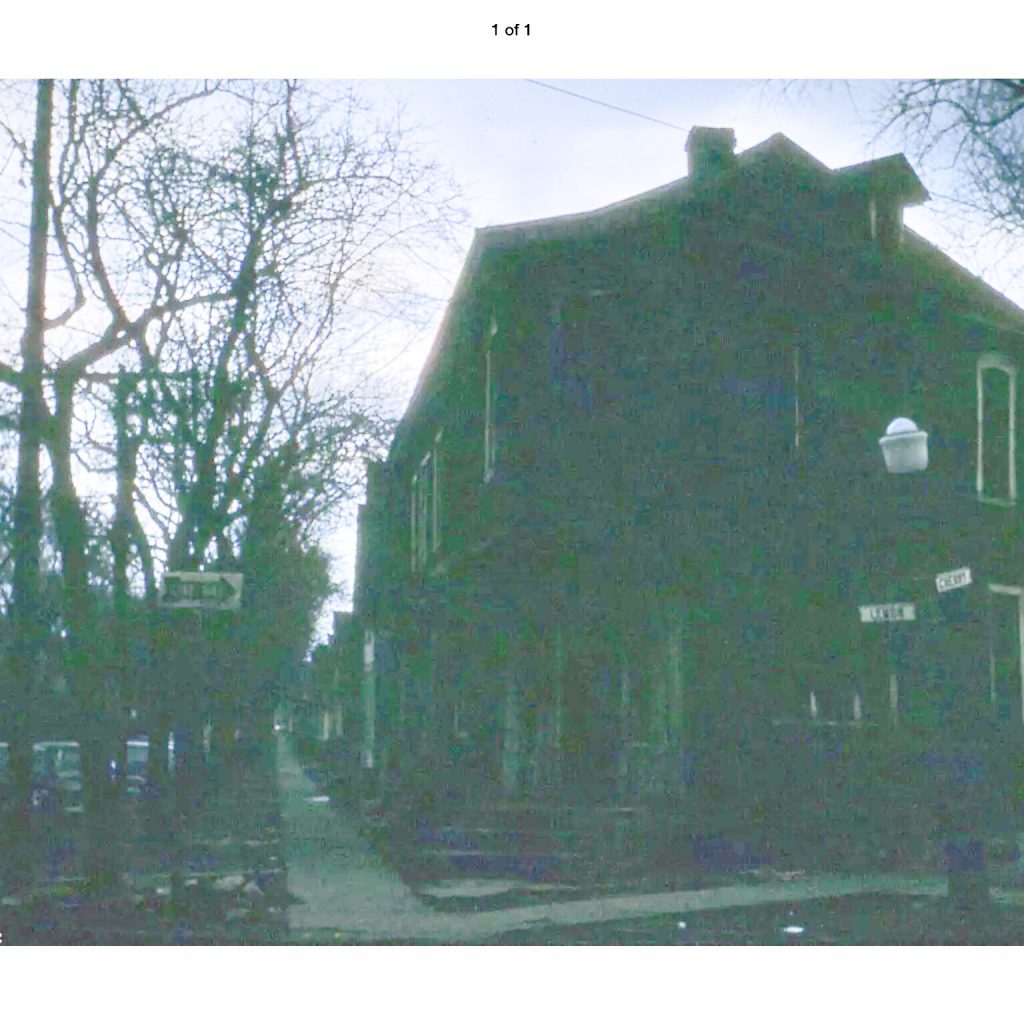 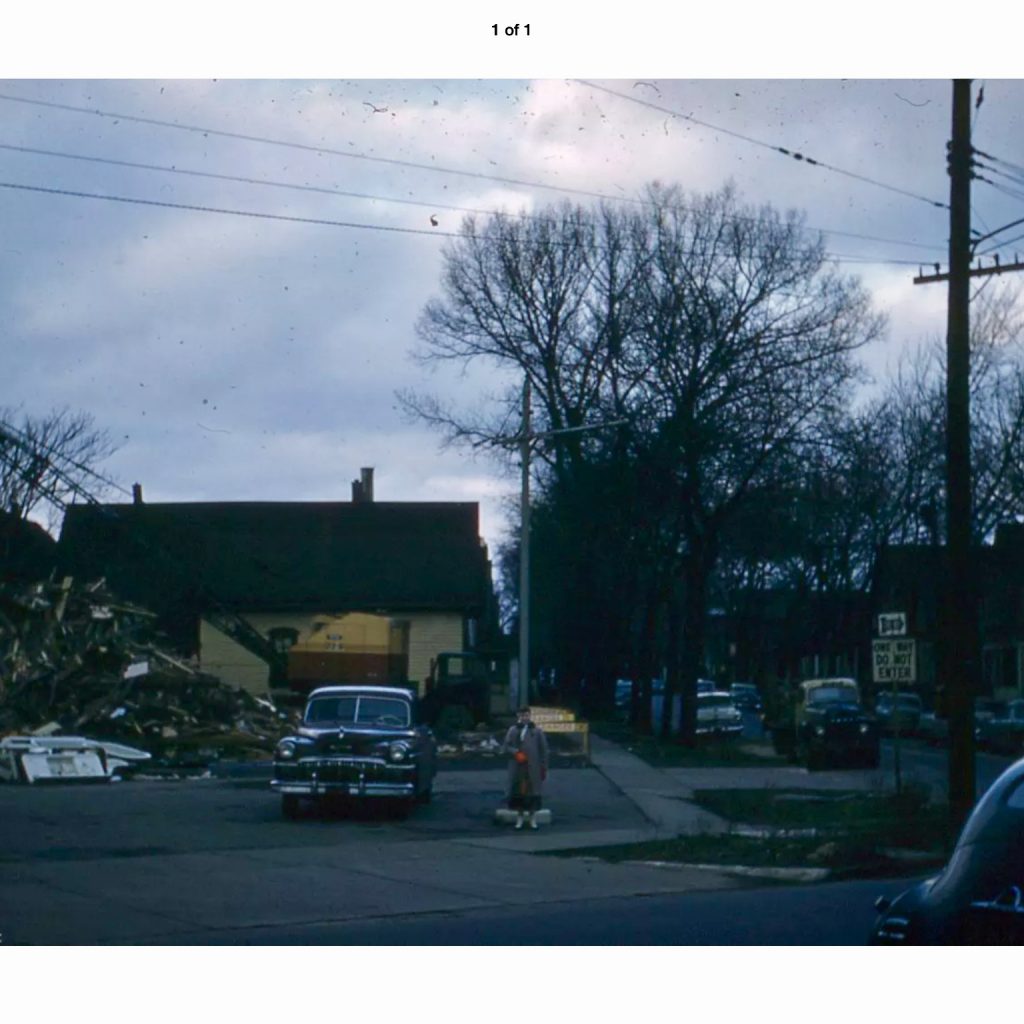 Taken in December 1957 and December 1958 before construction of Route 33 began, these photos give a glimpse of the natural fabric that once characterized Buffalo’s neighborhoods. Another indication of the important role trees played, the Fruit Belt was so named for the fruit trees and shrubs planted around the 130-acre neighborhood, predating modern day UrbanFood Forests.

Thousands of city residents would lose their homes, and many businesses and civic organizations would relocate or close altogether once the expressway came. The Francis J. Donovan American Legion Post, originally located at Cayuga and Grey Streets, would move to 3210 Genesee Street near the Buffalo Niagara International Airport.

If you have any historic photos of Buffalo neighborhoods, share them for our growing Community Album!